In this task we are asked to find out which hosts were infected on our network given the victim IDs we have discovered in Task 4.

What do we know so far:

Given the above we are looking at the problem space with the size of 2^16 * 2^20. This is roughly 10^10 tries. In these days of cloud computing, multi-core CPUs seems pretty feasible to brute force. Looks like 100 something cores cluster will be able to to crack this in a few minutes.

These days when faced with this type of tasks, I use continuous integration (CI) servers. My favorite one is Go.CD. Unfortunately, the particular feature that we’ll need to solve this task cheaply and efficiently is only available in the enterprise version. So, we will go with Jenkins.

To solve this task I have launched a brand new Jenkins server using standard configuration. After initial setup, we need to install the following plugins:

The only Jenkins job that we will create by hand is the seed job, which will bring up the rest of the jobs.

To create the seed job first click the ‘New Item’ link on the main page of Jenkins. 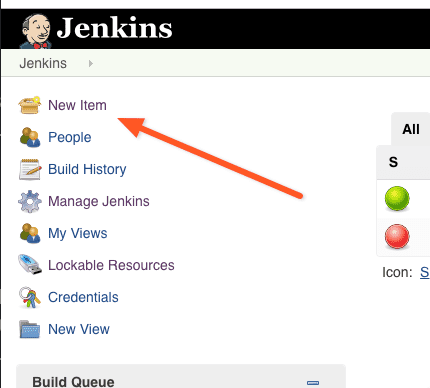 Then select Freestyle Project as the project type. On the configuration screen select the checkbox Github Project and enter https://github.com/vladistan/codebreaker-2018-jenkins-seed/ for Github Project URL. Also, enter https://github.com/vladistan/codebreaker-2018-jenkins-seed.git as git repository URL. Make sure to pay attention to both URLs they look the same, but the last one ends with .git 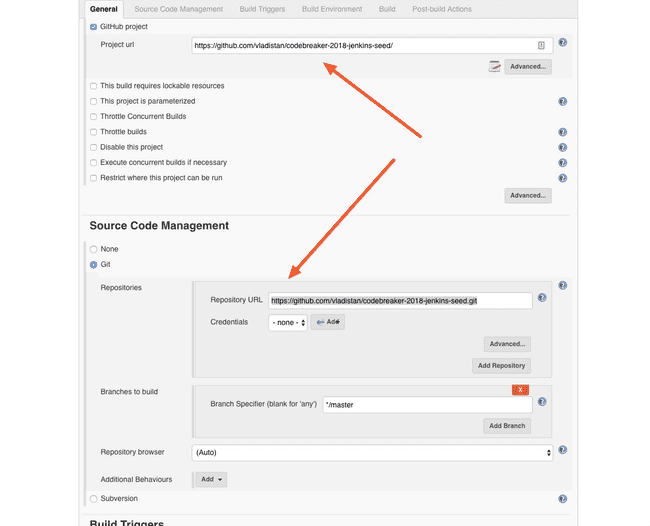 In the build triggers configure it to Poll SCM and enter H/2 * * * * as the schedule. With this schedule string the Jenkins server will poll the GitHub seed-job repository every two minutes, and when it detects the changes it will apply them to existing jobs right away.

Scroll down to the Build section and click on the Add Build Step button. When pop-up appears, select Process Job DSLs

Configure DSL build step to look for the job definitions on the file system, and enter **/*.groovy as the DSL script filename pattern. 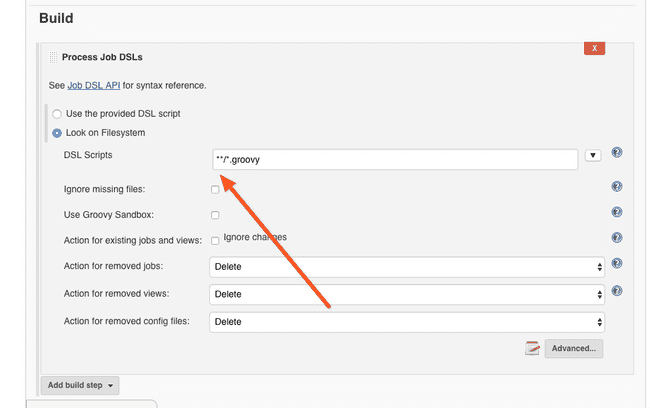 Finally save the job. Once you do it the Jenkins server will start polling GitHub and create jobs defined in the scripts placed in the repository.

After a few minutes, you should a see a new job called vlad-task-5 appearing on the Jenkins main screen. Running this job will give you solution to the Task-5, but for my personal set of input. Let’s examine this job in details and see how to customize it for different sets of inputs.

Here is the modified model with all functions, tests, and an instance of cracking program

Since cracking program takes some time to run and go over all possible OTP values and networking addresses we need to divide our search space into smaller manageable chunks. From network_information.txt we see that we need to cover /16 size network. Which means that first two octets of the IP address always remain the same and two others vary between 0 to 255. We will break down our runs to probe a single value of 3rd octet and 16 possible values in the 4th octet. This way we’ll need to have about 4000 runs of our program or more precisely 16 * 256

Let’s give it a spin. 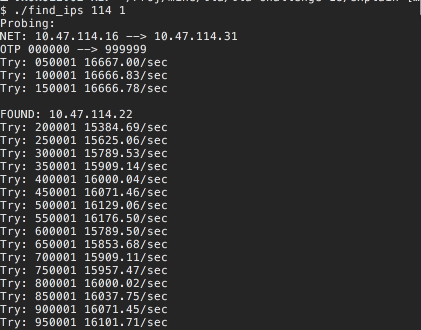 Great, we have found the IP address.

As mentioned above, the Jenkins server will be launching EC2 instances that run standard distribution of Amazon Linux without anything preinstalled. The cracking program cannot run on such instances as is, because they miss necessary pre-requisites such as CPPUtest and OpenSSL libraries. Instead of messing with configuration of these ephemeral instances to install all prerequisites and dealing with potential version conflicts, we will run our cracking program using Docker.

Docker lets us bundle everything that is needed to run the program into container. This container can be downloaded and run on any type of machine without installing anything except for the Docker engine.

Here is the Dockerfile that we will use to build our container. To build the container run the following command 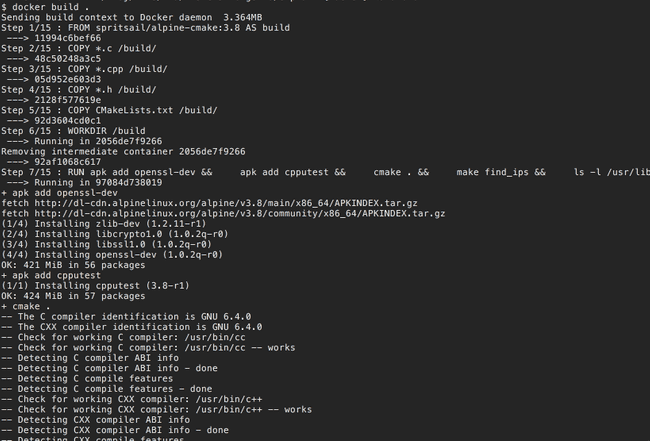 We’ll use a two stage docker file. In the first stage we’ll download all the prerequisites necessary to build the cracking program. In the second stage we’ll copy the built cracking program and it’s runtime dependencies to a much smaller barebones container. This approach keeps the container sizes smaller. You need to keep your containers small to avoid long download and setting up times. This is especially true for the cloud environments like AWS where we are billed for every minute of running time.

Once build is complete, you will see something like this.

Pay attention to the last line, indicated by an arrow. The hex number there is the image ID, which you’ll need to run our image.

To run the docker container of our cracking program EC2 instances created by Jenkins need to download it from somewhere. The easiest place to host public docker containers is Dockerhub

Enter repository name and make sure it has public access. 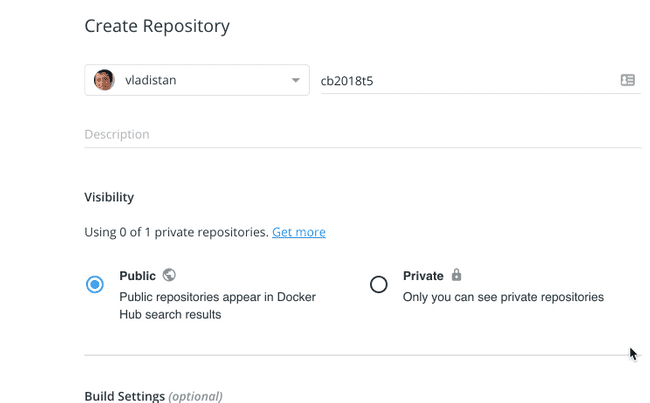 Login to docker from your terminal using the following command

Substitute the IMAGE_ID with the ID you got at the end of the built, use your docker account name for DOCKER_ACCOUNT. For REPO_NAME use the name of the created repository. For version number use any number, if you ever need to upload a new version of the container make sure to increment this number.

Once you have tagged your image use the following command to push the container image to the docker hub.

Now, that we pushed the image, let’s look at it on the Dockerhub. 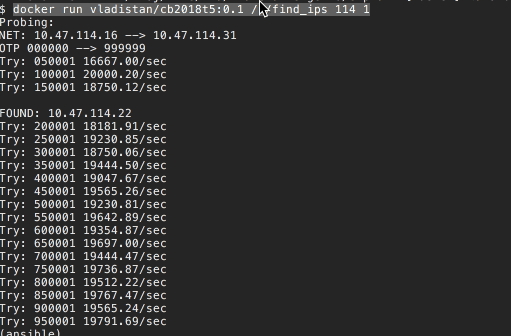 Now, let’s have a massive run. Here is our test Jenkins job definition. And this is how it looks in Jenkins. 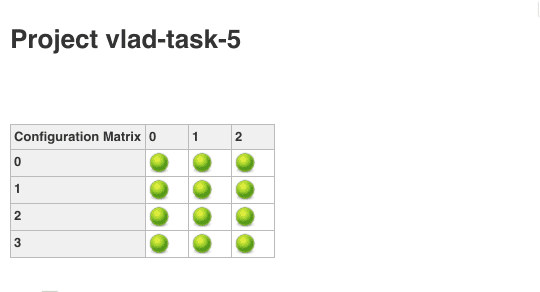 Each green bubble represents a single run of the job. Clicking on a bubble will take you to the details of the particular run represented by that bubble. 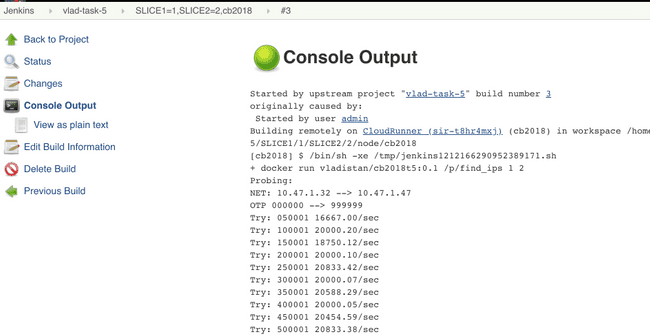 Now that we see everything is working we’ll need to bump things up a little bit. Cloud providers like AWS charge per compute hour. This means that it will cost us the same amount of money to run 100 cores for one hour, or one core for 100 hours. But it will take 100 times longer to do the later. What we need is a few really big machines.

36 cores looks like a nice option for the task. 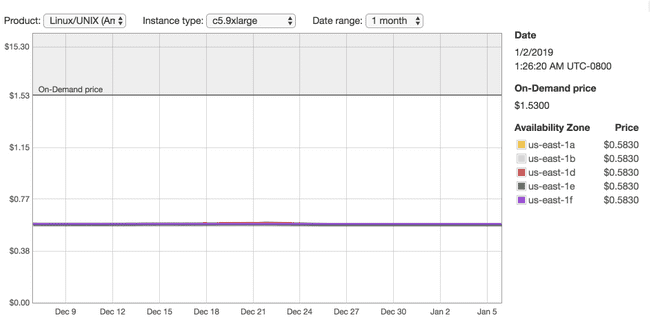 So, let’s enter these parameters machine_type and spot_price into the Jenkins Ec2 plugin configuration. We’ll bid $0.63 cents so that we don’t get shutdown during the run. A spot price depends on how much and how many people are willing to pay and the number of available machines is limited. There is always a chance that someone will come in a middle of our run and will offer a higher price for the machine. When this happens our machine will get shut down and be given to the highest bidder.

We have a 36 core machine, which means we can run 36 independent containers at the same time. Our jobs are CPU bound, each container will always take 100% of the CPU core during the run. But we shouldn’t use entire the CPU, we need to leave some capacity to Jenkins and Docker so that they can orchestrate the runs, collect the logs and shuffle them to the master node, etc. Let’s allocate 32 out of 36 cores to our jobs and leave 4 cores to Jenkins and Docker. 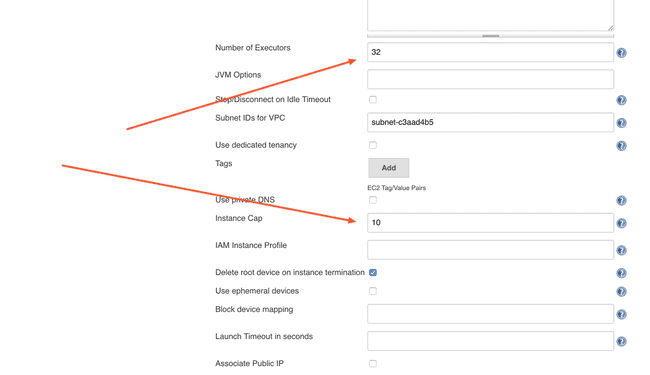 Bill Gates said 640 is enough for everybody. We’ll settle for half of it.

Now let’s change the job to run over the entire space. 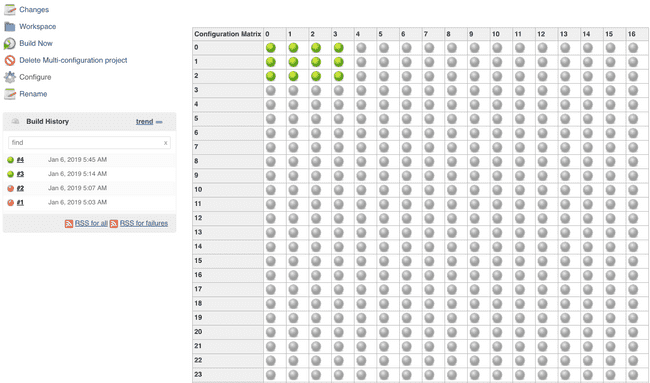 Now we press the run button, and we got close to 3000 jobs on the queue. 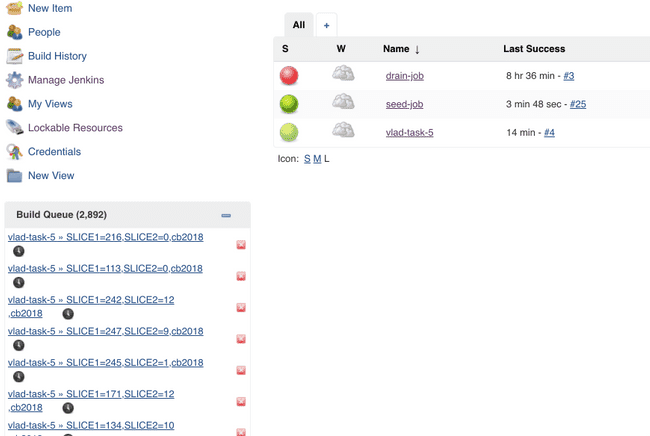 After 14 minutes the jobs are done, and we see that some of them have failed.

Let’s click on the red balls to see why they have failed. 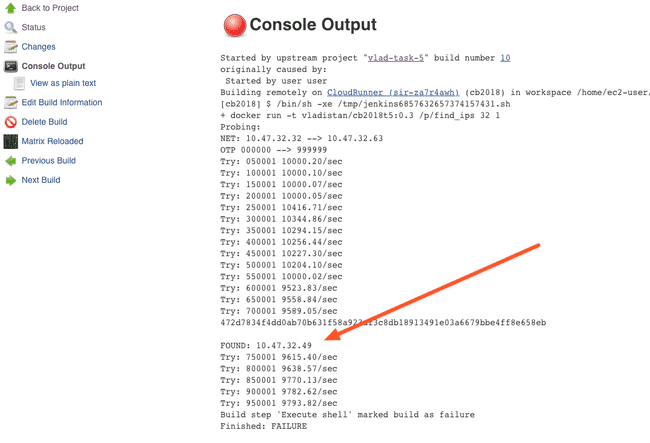 Great, we have found the victim IP address. Let’s look at the other jobs and collect the client IDs and IP addresses.

And then let’s submit those to the challenge.

We have brute-forced the whole thing under 20 minutes of running time, using 10 machines paying $0.63/hr for each one. The total cost to solve this problem is about $2.00. Not bad at all.

Now on to Task 6 Loophole.