In this task we are asked to examine the binary pieces left by ransomware and captured network traffic to extract the following information:

There are two ways to do this:

The second option is a fast one, but we will then run into problems during the following tasks, so we have to reverse engineer everything anyway.

Let’s do it the right way the first time.

We are given two binary shared libraries that are pieces of a larger program. The challenge states that the rest of the ransomware has been removed by the attackers after the infection.

We will solve the problem by building the model that incorporates the reverse engineered code from the libraries, the unit tests that exercise the code under different conditions and some mock up code to simulate the attackers’ infrastructure.

The mock-up code is very important for several reasons. Firstly, the ransomware is a client-server type of system for which we have only the client. We don’t have any control over the server part, nor should we communicate with the attackers while trying to develop countermeasures against them. Secondly, even if we had access to a ransomware server, we still would use the mocks because the distributed network development is very hard. It’s much easier to work on something that is self-contained within a single process that we have complete control over.

We will use a standard mock pattern by following these steps:

You can read more about mocking here. We will use a cpputest library which includes both great unit testing and mocking package.

First we setup our initial model. This model is just a skeleton framework with some rudimentary tests, and then we will expand it later in the process.

Then we’ll use wireshark to dump the conversation between the ransomware and command post into the form of C arrays. This is very handy to use in our model code.

Now that we have test data, let’s take a crack at lib_comm.so. We will use a combination of Dissasembler.io and Radare. If you haven’t done Task 2 yet, I strongly recommend completing that task first, before doing this one.

We start by having a look at the code with Dissasembler.io. 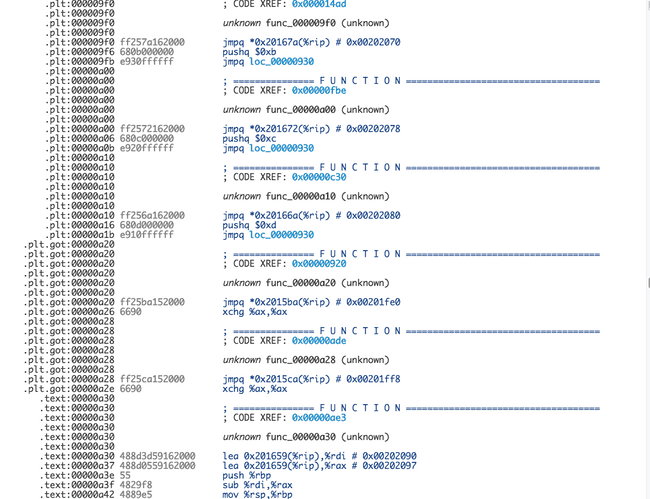 Most functions in the library are just shims that glue dynamic libraries together. Except for the three at the bottom that seem to do something useful. Unfortunately, disassembler.io doesn’t do a very good job at resolving external references. This makes it quite hard to understand what is going on. Perhaps Radare will be more effective. 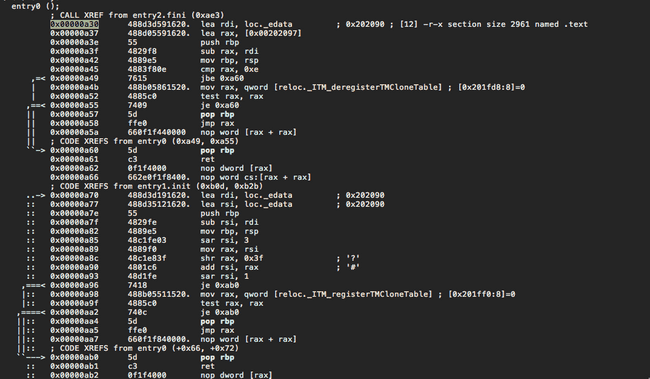 Yes, this looks much better. Now we do see the actual mentioning of external names. The function at 0xa30 is just a standard DLL shutdown / clean-up function, and can be ignored for now. 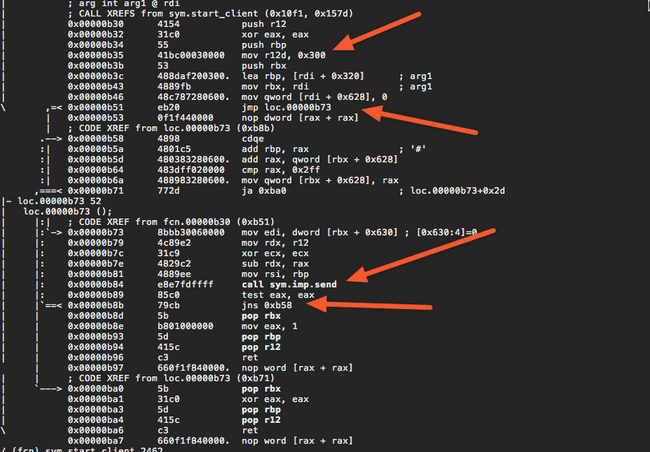 Although disassembler.io was not that helpful with the external names, it is very effective when much better with analyzing the structure of the code. 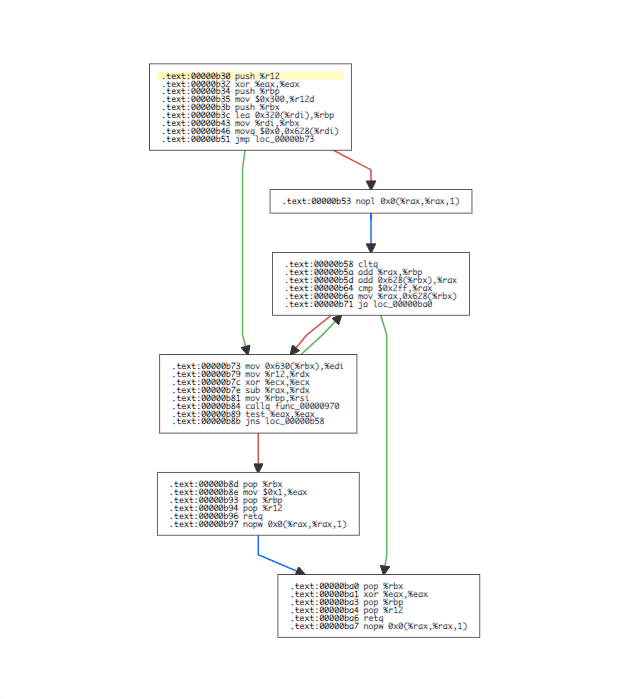 Looks like a function that tries to send a fixed size buffer while handling the case of partial transmissions due to full buffers on the local host.

What else can we learn from it?

Let’s copy these facts to our model. Here is our reverse engineered transmit function.

Now let’s take a look at at the next function.

Again the structure dump from disassembler.io comes in handy 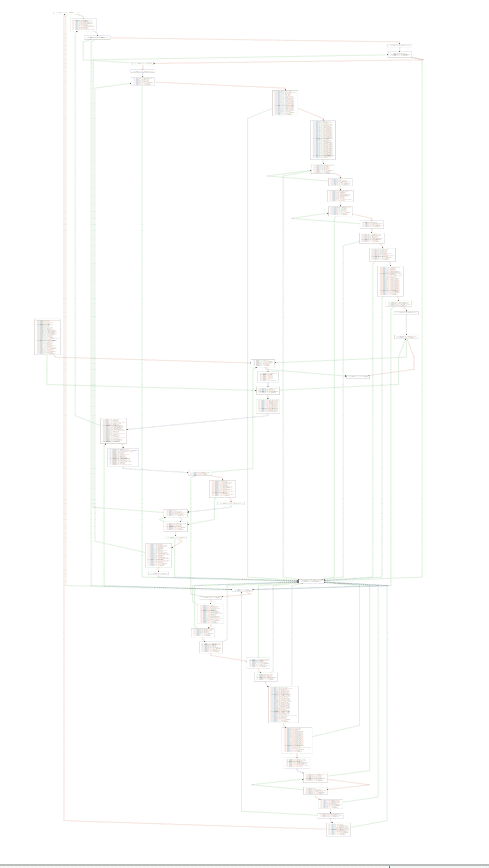 as well as the analysis done by the Radare2.

An ugly set of parameters

However, it doesn’t look that bad 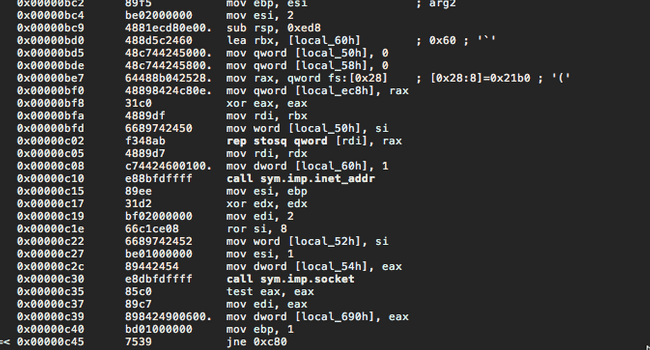 Mostly just a bunch of data shuffling back and forth 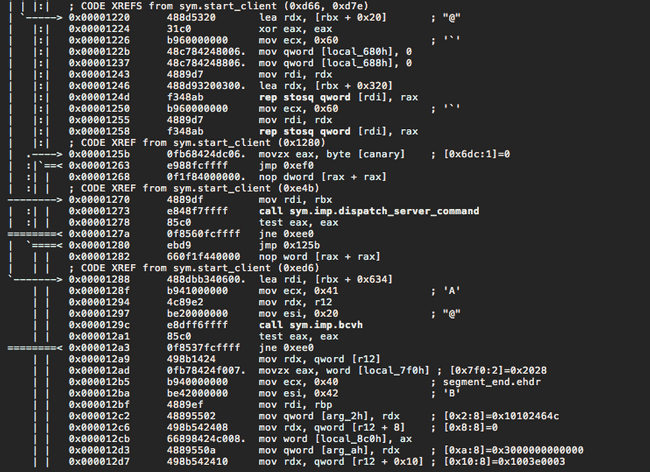 Let’s rewrite those back in C. We see lots of calls being made to libclient_crypt.so routines. For now, we’ll just hardcode their responses using the information we got from the wireshark dump.

But, we’ll make one exception with regard to the above. Let’s look at what the BCVH function might be doing. Looks like it just converts binary values to hex strings. We can just write one like this without resorting to reverse engineering tricks.

Here is the result of our efforts so far.

These are all the functions that seem interesting in the libclient_comm.so

Let’s look at the crypto library

First let’s take a look at the functions. 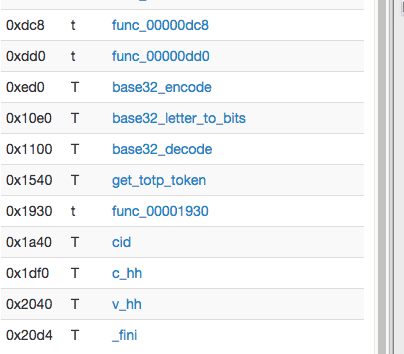 Some of those like base32 decode/encode we can just write ourselves, this is faster than digging through reverse engineering. The V_hh function looks like some kind of authentication function. Since we know that this is a successful exchange between ransomware and the server we’ll just stub it. It doesn’t look relevant to our task anyway.

So here is what we got so far.

Now we’ve got all basic functions. Let’s see if we can compute the packet signatures that we have had hardcoded. 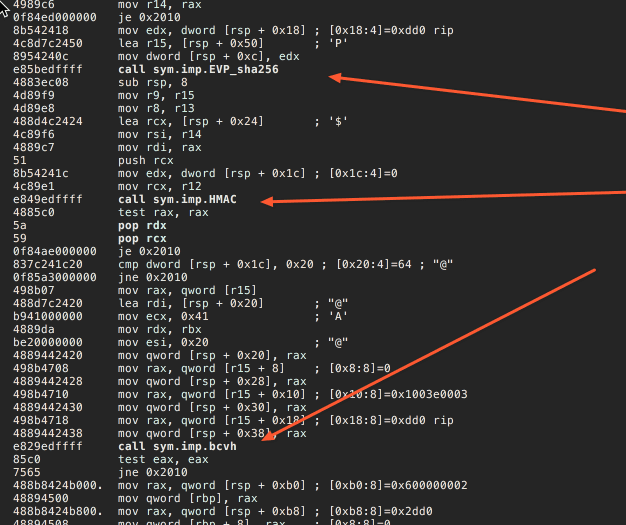 Looks like c_hh is just straightforward HMAC setup using SHA256 follow with the call to BCVH for which we already have a source code. Let’s code it up and see if it works.

Here is the implementation of the real checksum function and the rest of the protocol.

Now we understand completely what the protocol is between client and the server. It looks like this 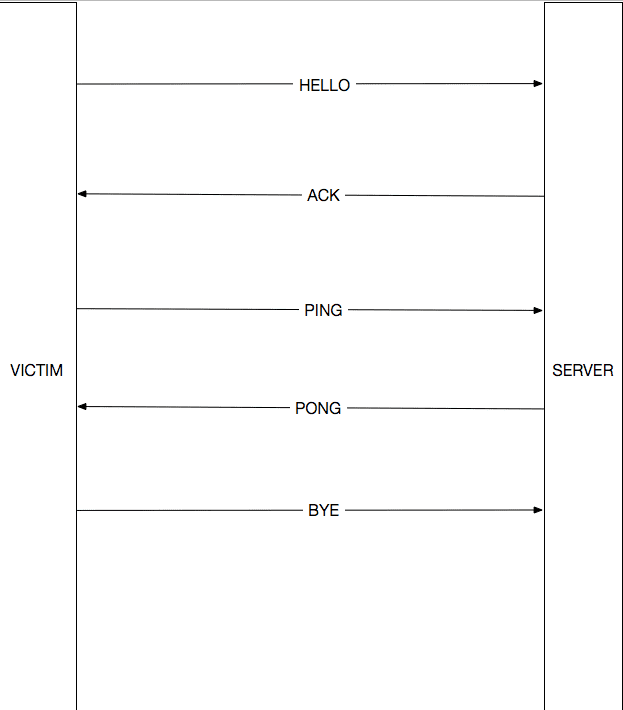 Here is our assumption of the meaning of each message:

NOTE The names of these messages are made up by me. As typical in reverse engineering scenarios we don’t know the actual names of the variables and constants used by original programmers. This could be viewed as both a good and a bad thing. Having looked at a considerable amount of bad source code, sometimes bad source code is worse than not having a source code at all. The combination of modern optimizing compilers that clean up and remove redundancies, and streamline code and modern reverse engineering tools that show graphs of basic blogs like the ones shown above, give a lot of insight into the internal functioning of the software.

The protocol looks pretty naive and convoluted, probably the attackers are trying to guard against replay attacks and substituted malware code.

Now that we have a complete reverse engineered model of the ransomware code we can take a look at the code that prepares the HELLO packet.

the structure of client HELLO packet

and these unit tests

as well as the ransom note

and a dump of the hello packet

and we have all the information we need

Note on the encoding. The encoding of the messages is little bit weird. Looks like they convert all binary values to their hex representation, except for the OTP which is converted to decimal. Not clear what the attackers trying to accomplish here. Perhaps the command server is written in the language that is not very friendly to binary encoding. (Javascript?)

Now that we have all the data, we can submit it to the challenge.